A New Version of the Third Symphony

Published in The Bruckner Journal, March, 2019 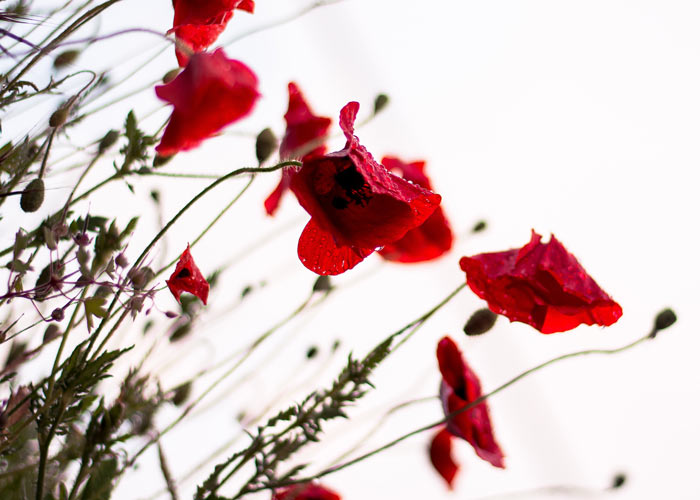 On April 25, 1877, Anton Bruckner completed work on a thorough revision of his “Wagner Symphony”, the first of many. In this revision he shortened the first movement and finale each by nearly 100 measures, and the scherzo by two, while he lengthened the adagio by ten measures of music. In these revisions the citations of themes from Wagner’s operas Tristan und Isolde and Die Walküre were removed from the first movement and finale, but the openings of parts 1 and 3 of the adagio were broadened and the string accompaniment in part 5 was completely reconceived in the manner of Tannhäuser. Most striking, in the first movement the opening trumpet theme was added as a two-part canon near the end of the exposition, and in the finale that same motto theme was also made into a brilliant four-part canon which was placed in the middle of the development. In both locations in the score it was prominently labeled THEMA, in the finale in all four of its overlapping entries. Except for these changes, all the formal elements of the original 1873 score are found in this revised version as well. One of those elements of the 1873 score retained and developed in 1876 is an interesting passage of 38 measures in which the chorale theme from the second or B theme group is played unexpectedly loudly accompanied by material from the A theme and the motto theme from the first movement. This is followed by a dialogue between the loud C theme and the quiet B theme chorale. This version, though completed in the spring of 1877, is called the “1876” version because its characteristic five-part slow movement was dated 1876 and was published many years ago by Nowak with that date. In that way confusion with the version as later revised in the fall of 1877 can be avoided.

While one might imagine that so much revision would justify a prompt renewal of the effort to arrange a performance, there then ensued a substantial number of further revisions, several of which create serious departures from Bruckner’s usual formal procedures. The suspicion that these new changes were instigated by other people than the composer can hardly be avoided. The result of those processes, completed on October 12, 1877, is the present state of the holograph manuscript now known as Mus.Hs. 19475 in the Austrian National Library. That manuscript in one way or another served as the basis for the premiere performance on December 16, 1877. In this second phase of the second version, the 38-measure passage was eliminated. The first four measures of the 38 are still there on a left-hand page, crossed out, and the last eight are on a right-hand page, also crossed out, but the pages with the middle 26 measures were removed and have been lost. The surviving set of orchestral parts copied from Mus.Hs. 19475, from which one could try to reclaim those measures, are missing the oboes, the second trombone, the timpani, and the upper four string parts. Thus in order to hear this early, formally-complete phase of the second version, those parts must somehow be supplied in some way. Fortunately, the similarity of this music to the corresponding passage in the 1873 version means that a reasonable reconstruction of the earlier phase of the finale and the symphony can be attempted.

The accompanying tables show the formal structure of the finale in the versions of 1873/1874, 1876, 1877 (Nowak)/1878 (Oeser), and 1889. In them a represents the opening accompaniment, A the true theme in the bass, Ba the polka ingredient of the second theme group and Bb the simultaneous chorale,
and C1, C2, and C3 the three successive melodic cells of the third theme group. The detached codetta is given by K, with the understanding that K in the recapitulation is not very close to K in the exposition.
The 38 measures beginning at measure 351 in the reconstructed 1876 version can be seen from the surviving parts to be closely similar to measures 395–432 in the 1873 version. They begin with four measures of an accompanimental figure drawn from the music at the beginning of the movement. These survive in Mus.Hs. 19475, and are readable though crossed out. Immediately after that begins a passage unique in Bruckner’s music, which develops simultaneously the chorale theme played loudly by the trumpets and trombones, the accompaniment texture derived from the first theme of the finale in the strings, and the motto theme from the first movement in the woodwinds. This continues for 14 measures until the C theme bursts in for six measures, followed by two measures of silence. One phrase of the chorale theme is then heard in the winds with pizzicato strings, five more loud measures of the C theme, and silence again. Finally the chorale re-enters more soberly and quietly than it had sounded in 1873, and in that form, extending through 28 measures, it was retained through all subsequent versions.

Beginning with the Second Symphony, the first of the Vienna-style symphonies, Bruckner instituted the practice of placing a substantial reference to the B theme in the development shortly before the recapitulation, both in first movements and in finales. Of 34 identifiable versions of Symphonies 2 through 9, 28 have this feature, with 12 of the passages lying directly before the recapitulation and 8 more separated from the recapitulation by a transitional passage developed from the B material. In the finale of the Third, that passage is the sober chorale just described. But the sonorous brass citations of the B theme within the preceding 38 measures are of an altogether different character. Nowhere else does he develop the B theme in conjunction with two other themes. In reacting to the perceived need for revision in the summer of 1877, Bruckner might have regarded this passage, which also contains strenuous citations of the C theme, as expendable. After all, only 14 of the 34 cases contain the C theme in the development at all. Before we let him off so lightly, though, let us remember that at this point he also drastically interfered with the five-part adagio, transforming it into an asymmetric three-part form in which the delicate balance among the thematic cells is utterly shattered.

For the first publication of the Third Symphony, undertaken by Theodor Rättig in 1878, a new copy score was prepared and is now preserved in the National Library as Mus.Hss. 34611 (movements 1, 2, 4) and 6058 (scherzo). Considering this manuscript with the others, the histories of two details, one near the beginning of the first movement and one at the end of the scherzo, illustrate Bruckner’s known methods of revision, and also exemplify some of the chaos surrounding the development of the second version. The first of these cases is in the first theme group of the first movement. Following Beethoven’s example in his Ninth Symphony, and building on features of his own Second, Bruckner conceived the first theme group in two melodic ideas: a striking triadic trumpet melody which ever so slightly suggests Wagner’s Flying Dutchman, and a stern unison with a rather complex rhythm and a meditative continuation. Each of these is developed twice, the first time in a wave of sound with the trumpet theme and the unison both in the tonic D minor, and then a second wave beginning in the dominant A major with the unison starting in B flat major. In the 1873 version, the second wave begins after two rest measures, and in the 1889 final version it begins immediately with the cadence that closes the first wave, the two rest measures having being eliminated. In the Oeser score of 1878 depending on Mus.Hs. 36411, the rest measures are already eliminated, but in the Nowak score representing Mus.Hs. 19475 in its condition of October 1877, they are still present with no indication to be deleted. So too they must have still been there in the 1876 version. Two measures later, a pair of accompanimental measures preceding the
trumpet entrance were already crossed out in 19475, and the clarinets and bassoons lowered by an octave in the following four measures. That could have been done in the revision of summer 1877, or it might be an earlier compositional process carried out in the work of 1876.

Variants in the Scherzo ending

The other curious case is Bruckner’s gradual extension and enhancement of the end of the scherzo. In 1873, the music resolves into D major at measure 147, where for two measures the violins play their melody centered around A above the staff, and then for two measures they play centered around D a fourth above. The final cadence note is D in measure 151. In the Nowak 1877 score, there are four measures centered around A and four around D, and Oeser 1878 agrees. But in the Mahler arrangement for piano four hands, dating from the last phase of working on the second version, there are two measures centered on A and four centered on D. As for the manuscripts, 19475 shows two measures on A and two measures on D with “rep” written above the D measures but not the A measures, while in 6058, the copy score of the scherzo, there are two measures on A and four written-out measures on D, just as in the Mahler piano score. It seems as if the lengthening of the A measures from two to four took place on the galley proofs for the publication. For 1889, all eight measures center around the high A over an octave above the staff. Bruckner frequently adjusted the endings of movements; for the Second Symphony there are three different endings for the first movement (none of which agree with Haas and Nowak), and no fewer than five endings for the finale.

The reconstructed 1876 version of the Third Symphony, which constitutes the earliest phase of the second version of that much-revised symphony, was given its first performance on March 2, 2019, by the New England Philharmonic Orchestra under the direction of Richard Pittman in Boston, Massachusetts. With great enthusiasm and deep appreciation I would like to thank Maestro Pittman and the orchestra for undertaking this project and carrying it out with skill, dedication, and verve.