Bruckner’s Eighth Symphony as a Work in Progress

Notes to the Recording by Gerd Schaller and the Philharmonie Festiva 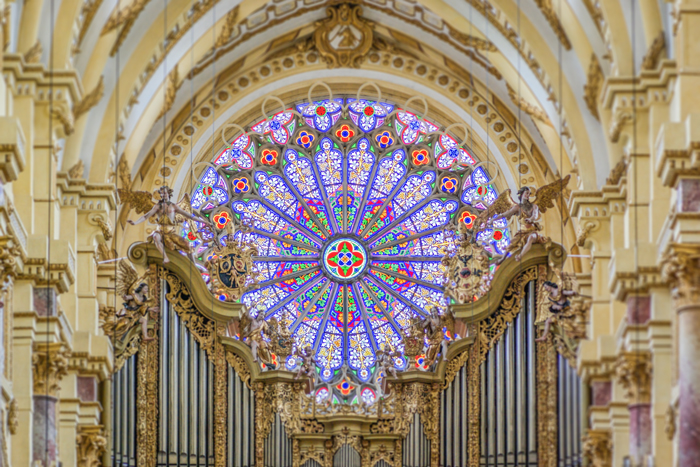 Is there an “intermediate” 8th?

Even before the notable success of the Seventh Symphony under Artur Nikisch in December 1884 (Leipzig) and Hermann Levi in March 1885 (Munich), Bruckner had begun work on a gigantic new symphony, in which many of the innovative techniques worked out in the relatively compact and lyrical Sixth and Seventh were to find expression in a symphony as large and ambitious as the Fifth. The four movements were sketched out as early as August 1885, and the orchestration by August 1887. Three weeks later he sent the score to Levi, who had been awaiting it. But when Levi saw it, he could not understand it and did not feel he could conduct it adequately, as he confessed in a letter to Joseph Schalk on September 30. He knew that the news would devastate Bruckner, and he asked Schalk to serve as an intermediary, but shortly afterward he wrote to Bruckner himself. Neither letter gives any indication as to precisely what Levi found problematic, but according to Schalk, Bruckner had already begun revision, even before knowing of Levi’s rejection.

Early work of revision was carried out in the first movement, expressed as pencil notations in a score of that movement alone, now preserved as Austrian National Library Mus.Hs. 6083, with a new 41-measure passage to be inserted into the development, catalogued as Mus.Hs. 6041. Work was done at much the same time on the Scherzo, with similar pencil notations as to what should be done, in Mus.Hs. 6084. At that point Bruckner seems to have dropped work on revising the Eighth to concentrate on the new versions of the Fourth and Third. Thus there are no comparable early scores for the revision of the Adagio and the Finale; indeed, the form of the Adagio which entered the 1890 revision, the most frequently heard version today, was created in March through May 1889. However, there is another manuscript, Mus.Hs. 34.614/1, in which a distinct version of the Adagio appears in the hand of an unknown copyist. This most interesting version, now called the “intermediate Adagio” or “Adagio of 1888”, has not yet appeared in the Collected Edition, but it was fully edited in 2004 by Dermot Gault and Takanobu Kawasaki, and performed and recorded by the Tokyo New City Orchestra under Akira Naito shortly afterward. (Details of the edition of the intermediate Adagio are given in Dr. Gault’s commentary, which can be read on John Berky’s website, abruckner.com .)

One question immediately occurs: if this version of the Adagio were to be performed, what version should be used for the other movements, 1887 or 1890? To me, it seems desirable instead to try to arrive at the state of the other movements at some time between 1887 and 1890, even if the music of the other three movements were not exactly contemporary with each other or with the intermediate adagio. Using Mus.Hss. 6083, 6041, and 6084, one could fully carry out the changes that Bruckner overwrote into those scores in pencil in order to arrive at his thoughts about the first two movements at an early time of revision, before he had taken on the adagio. As for the finale, the score Mus.Hs. 19.480/4, which is a composite score consisting of a copy of the 1887 Finale revised on the spot into 1890, would give some idea of the progress of revision of that movement which almost certainly took place much later than the work on the first two movements and also after his work on the adagio, but still before what we regard as the solidification of the score in 1890. The result of those researches, made by me in August 2011 through January 2012, is this collection of intermediate variants of the individual movements of the Eighth, now being played for the first time.

Details of the individual movements

In the first movement there are a number of detail changes, including the deletion of the trumpets in a certain passage which might have stemmed from an offhand comment in one of Levi’s letters. But the major change is the introduction of the bizarre, sparsely-scored music of 6041 in the development. We know that the orchestration is complete because there are rests (or the word “tacet”) in every measure not occupied with music. But it shows that the emotional undertones of this composition are very profound and quite mysterious.

It is notable that there is no suggestion in 6083 that the loud ending of this movement should be deleted, as was eventually done for 1890. For the scherzo, the penciled changes bring it about halfway from 1887 to the state of 1890, including the key change near the beginning from the original E flat major to G flat major or E flat minor of 1890, but the trio still has a beginning unambiguously in A flat major, and the harps are not yet present.

The revisions to the Adagio begin as early as the end of part 1 of the five-part form, where a solo for the first horn, greatly expanded from 1887 and close to 1890, leads to the beautiful melody of part 2. Then in the meditative passage after the climax of part 3, four measures were deleted, eliminating a series of repetitions, but the tuben chorale and the harps are still present, not yet removed as in 1890. Later in part 4, four, then six measures are cut, and the concluding passage of 16 measures is the version of 1890 with the eerie pizzicatos. But the major distinguishing features of the intermediate Adagio are in part 5, where the buildup to the principal climax has been completely reworked. Particularly, six measures before the first cymbal clash, there is a passage for the unaccompanied four horns totally unlike anything in any other source. After that, the great cymbal-clash chords have been moved into the E flat major and C flat major retained in 1890, away from the C major and A flat major of 1887, and there are only two cymbal clashes, not six. After that, the three versions are similar, though the 1890 revision, late in the coda, pointed out by Nowak in his preface to the 1887 edition, was already made in 1888. It hardly needs to be said that in all these revisions, the arbitrarily-mixed 1939 version of Haas is shown to be invalid.

As for the finale, two major changes which seem to be early were made in the 1887 score for the intermediate version. One was the new shorter, more dramatic first-violin passage near the end of the second theme, details being given in Dr. Gault’s fine treatise, “The New Bruckner”, and the other was a shortening and rescoring of the leadup to the final climax in the first theme group in the recapitulation. The metronome markings which are so important are of course present, but the essential ritardandos at the central climax of the recapitulation, reminiscent of the finale of the Seventh, are not present, and indeed would not be until the first printing of 1892.

This account of the Eighth was founded on individual, possibly non-contemporaneous manuscripts rather than one complete copy as in the 1866 version of the First or the 1874 version of the Third heard at Ebrach last year. Thus it will always have to be regarded as experimental, not on the same editorial level as the firmly-established manuscript versions of 1887 and 1890 and the printed version of 1892. But in it we have a fascinating view of the work-in-progress of Bruckner the eternal reviser, looking for the most expressive realization of his lofty thoughts and melodic inspiration. And the intermediate Adagio, where we are using the score edited by Gault and Kawasaki without any changes, is a jewel. Hornplayers will want to stand up and cheer! 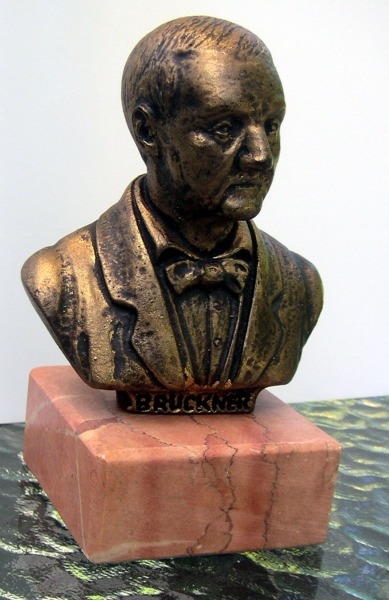 Acknowledgements are due especially to Dermot Gault who oversaw the changes to the first two movements in detail, to Takanobu Kawasaki who graciously joined Dr. Gault in granting permission to use their work on the intermediate Adagio in this way, and to Paul Hawkshaw for essential assistance.