Description of the Carragan completion 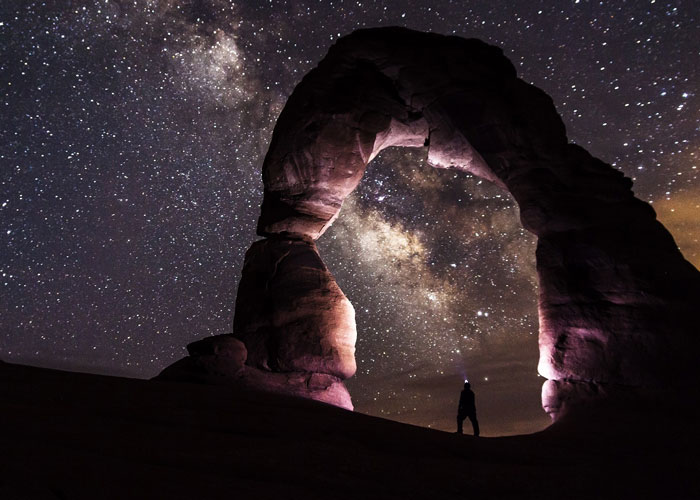 In 1887, immediately upon completion of the first version of his Eighth Symphony, Anton Bruckner began the first movement of the Ninth, but soon thereafter turned to revision of the Fourth and the Third, further thoughts on the Eighth starting before he had received any opinions on it, then a year spent on a new version of the First, the composition of a setting of Psalm 150 and a choral ode Helgoland, and the preparation of the Second and perhaps the Sixth for publication. During these other projects, he continued with the Ninth, and was able to start work on its finale as early as May 1895, where in his new ground-floor residence he had found renewed strength. First in short-score or particello sketches, then on labeled full-score bifolios, he developed his concepts of the finale, revising them many times as he went along. In one way or another his work reached almost to the coda, and perhaps even to the end of the movement.

It appears that a number of these sketches were taken away by souvenir hunters in the week after his death on October 11, 1896, and are no longer available or no longer exist, but from the evidence in those sketches that survive to us, and using the methods presented elsewhere in the paper “Ground Rules”, it can readily be seen that Anton Bruckner designed the finale of his Ninth Symphony to be a regular composition in his usual version of sonata form: Part 1, an exposition of three themes, and Part 2, corresponding to a combination of the traditional development, recapitulation, and coda, with in particular the recapitulation of the first and third theme groups subject to substantial further development. The sketches consist of preliminary short-score sketches, and a group of full-score sketches mostly collected in the file Mus.Hs. 6087 in the Austrian National Library. Part 1 of the movement is rather well represented in full-score sketches in the A theme group, less so in the B theme group where considerable reliance must be placed on the short-score material, and fully scored in the C theme group consisting of the famous chorale. Part 2, in which the A theme is recapitulated in fugal style, has many fairly well-worked-out passages with several gaps, few of the passages being fully scored, but everywhere still provided with abundant details.

Inspection of the sketches for the Finale reveals a number of clear innovations beyond Bruckner’s usual methods; these new ideas require no interpretation on the part of the critic or completer. Thus the initially quiet A1 theme, the bold unison A2 theme in D minor, the spare but lyrical B1 song-theme in G major, and the transitional theme which embodies a long crescendo similar to the one used in the first movement of the Seventh, called in the accompanying table Bx, constitute among them an arch structure, in which B1 is a derivative of A2, and Bx is the inversion of A1. Here are short samples of these four themes, which should make these relationships clear. The A1 theme, over a drum roll on G ► ex. 1 (A1) , the unison A2 theme ► ex. 2 (A2) , and the B1 theme, which is very close to A2 except that the first note is no longer a long note ► ex. 3 (B1) . This is the theme destined to be the triumphant Alleluia at the end but here it is frail and hesitant. As is typical in Bruckner, particularly in the later symphonies beginning with the Sixth and especially in the Eighth, after an enclave of slower and more lyrical and meditative music like the one here called B2 in the table, the B1 theme in its final statement is given a rich and enhanced re-orchestration ► ex. 4 (B1 climax) . After that appears the Bx theme which is clearly an inversion of A1 ► ex. 5 (B2) . These four themes all include the double-dotted quarter note, along with in A1 and Bx a short phrase with a dotted eighth note, and establish an unbroken toccata-like texture. Such a relationship among the various components of the A and B theme groups had never been undertaken by him before.

The long crescendo of the Bx theme leads directly to a grand chorale for the fifteen brasses, including the tuben which have swiftly changed their instruments from horns 5–8. The chorale is in E major, with a triplet accompaniment for the violins which constitutes a completely different but also toccata-like texture. This C-theme was completely scored by Bruckner in all details. It is this chorale which was quoted by Gottfried von Einem in his Bruckner Dialogue of 1971. From this point on, there are very few measures in the whole movement which do not include one or the other of these two toccata textures. The chorale has four phrases and a short fifth phrase; here are the first two phrases ► ex. 6 (C, chorale) . The short fifth phrase leads to a sort of catastrophe of dissonance and descending scales ► ex. 7 (first catastrophe) , and then, for the codetta, we hear the flute intone the accompanimental figure of the Te Deum ► ex. 8 (K, Te Deum) . Considering how much this theme is used in the following material, it is impossible to think of it as part of a transition to the Te Deum as a makeshift finale. Clearly Bruckner wanted the allusion to be an integral part of the melodic material of the instrumental movement. To conclude the exposition, I have used eight whole notes, six for the flute and two for the oboe, drawn from an experimental sheet in Mus.Hs. 6085, cadence upon A, the dominant major.

Bruckner originally intended the exposition to conclude in the relative major, F, as shown particularly in sketches preserved in the library of the Jagiellonian University at Krakau. But later sketches, in one or another medial layer, show the triplet ostinato simply proceeding on the note E to the beginning of the development in A flat. Then the still later sheet from 6085 seems to be a trial of various ways of ending the exposition and beginning the development, and the eight whole notes suggest the cadence on A. If this is the correct cadence tonality, it would be an innovation for Bruckner, who always concluded his minor-mode expositions in the relative major, not the dominant major. (The exposition of the finale of the D minor symphony of 1869 tends as usual toward the relative major, but at the last moment it veers toward the dominant major with the cadence point being the first chord of the development, not the last chord before the development.)

In Bruckner’s sketches the development begins with three measures in A flat major and minor and continues with completion material alternating with discontinuouse folios presenting a considerable discussion of the C and A2 themes alternately. Then as his usual practice there is an allusion to the B1 theme ► ex. 9 (B1, development) . Following that is a development of the A2 theme as a three-voice fugue ► ex. 10 (A2, recapitulation, fugue) serving as the beginning of a formal recapitulation, which after 56 measures gives way to a long and continuous passage, with no gaps in the sketches, on the dominant of C sharp minor and a breaking-off, much like those in the first movement, passing through F sharp major. The recapitulated B1 theme comes next, in the same pitches as in the exposition but harmonized in E minor ► ex. 11 (B1, recap.) ; later the theme is inverted in G major. Then there is a long gap, called by some the “black hole,” which I have filled with an allusion to the beginning of the finale as an accompaniment for the theme of the Adagio ► ex. 12 (A1, Adagio) . All of this material, loud and soft, is dominated by the dotted rhythms of A1 and A2. Then begins the triplet rhythm, leading to the recapitulation of the chorale which begins quietly with the Te Deum accompaniment ► ex. 13 (C, recap.) and then grows in volume and in detail as the triplet rhythm resumes. Then in my completion I have devised a second and greater catastrophe, in the same formal location is the one in the exposition, where the chorale again collapses into dissonance and descending scales ► ex. 14 (second catastrophe) . The dissonant catastrophe is the only place in the completion where I used the technique of montage, that is, continuing into a gap with entirely different music. Yet it seems to me that that must be done here. During the descending scales of the catastrophe, I invite the contrabassoon to join the soundscape, and in due course the coda begins.

My coda is 117 measures long, in two parts of 58 and 59 measures. The first part is full of menace and apprehension, partly my composition with the first-movement theme in the bass ► ex. 15 (coda, section 1) , and partly based on a short-score sketch by Bruckner which certainly goes with the finale, but is not usable elsewhere. In the coda the two toccata rhythms are heard together for the first time. Then at the climax there is an allusion to the unison theme of the first movement leading directly to the key of D major, and the second part begins with a fanfare, followed by the four main phrases of the chorale with a triadic version of the Adagio theme ► ex. 16 (coda, section 2) as a countermelody. After the inverted fourth phrase, leading through cadence chords from the Adagio, the Te Deum reappears with its melody and accompaniment while the theme of the first movement is heard in the bass in the major ► ex. 17 (peroration, Te Deum) . After eight measures the Alleluia of the second theme, the B1 melody, soars above in triumph, supported by triadic versions of the themes of the other movements, ► ex. 18 (peroration, Alleluia) , just as the good doctor said that Bruckner had planned. It amazes me to realize that it took me thirty years to work out that simple and direct gesture. But we can expect that what was logical and obvious to Bruckner is still mysterious and wonderful to us. Thank you!