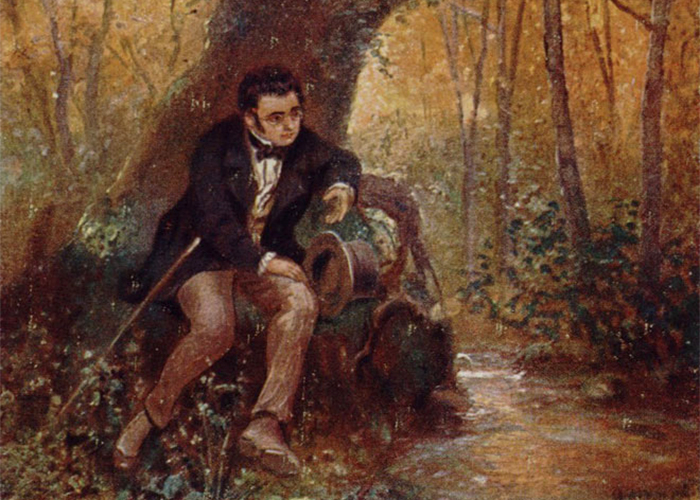 Imagine if music were not always and everywhere available, there were no CDs, no radios. A concert would be as in Rossini’s, Mozart’s and Schubert’s lifetime, a spectacle, a sensation and a premiere of the revelation of a secret. A tiny bit of that feeling was palpable at the special concert “Autumn Sounds” of the Ebracher Musiksommer in the Great Hall of the Regenterei on October 31. The Philharmonie Festiva conducted by Gerd Schaller introduced a world premiere. After the break, the musicians first played Franz Schubert’s “Symphony No. 7 in B minor, Unfinished – Finished?” supplemented by William Carragan with the third and fourth movements.

Schaller and his orchestra like to plunge into experimental regions. The reward was the 2010 Echo Klassik Award for Music for the world premiere of the romantic opera “Merlin” by Carl Goldmark.

There was expectant tension in the audience before the next movement’s premiere. With surprisingly powerful, life-affirming, dancing began the seven-minute third movement, the Scherzo, the music orchestrated by the American scholar William Carragan on the basis of the existing Schubert piano score. Hopefully, playfully, daring is the sentiment – something from the dawn of new worlds was in the air. Broad chords, sweeping curved guides and sonorous echo effects dominate the 13-minute finale, which is based on Schubert’s incidental music for “Rosamunde” and concluded with a firm final chord. This statement completely changed the effect, because the fragmentary restful dying-away of the second movement is no longer possible. Individual cheers and much applause.

The autumn concert opened with Gioacchino Rossini’s lively and vivacious overture to “The Italian Girl in Algiers”. With sensitive and observant pianism then came the Romanian-born Andrei Licaret with Mozart’s Piano Concerto No. 24 in C minor, KV 491. He savored the cadenzas with rapturous beauty, fragrant and yet elegiac. He was accompanied by a very attentive orchestra; Schaller’s interpretation of the work followed him unconditionally. Even before the break there was great applause.

The Bayerische Rundfunk made sure that not only the audience will have the experience of the world-premiere. It recorded the concert and will present it in its classical program over the airwaves.