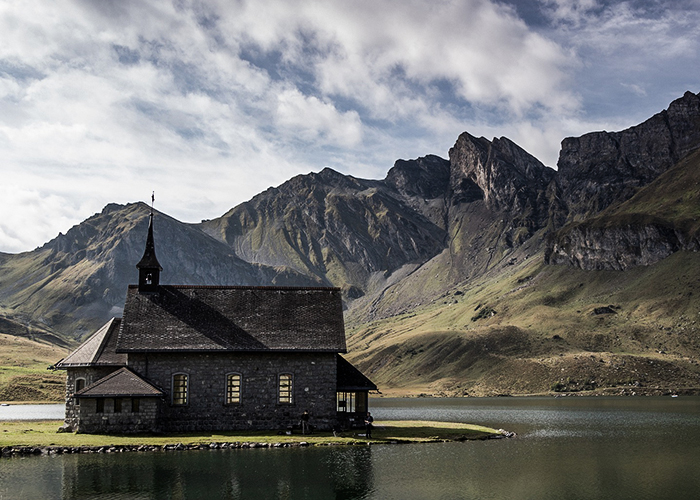 For the Fourth, I have chosen the first version, edited from Austrian National Library Mus.Hs.6082 by Leopold Nowak in 1975. This interesting score is still rather rarely performed, even though it received an excellent early recording by Jesus López-Cobos and the Cincinnati Symphony. In considering the development of Bruckner’s style and methods, only this version provides a convincing intermediary leading to the dazzlingly complex Fifth from the relatively straight-forward Third.

All the versions of the symphony contain the famous motto from the beginning, symbolizing the dawn of a new day to Bruckner, but the outer movements of the early Fourth are filled with ornate imitation and nested canons which in later versions were reduced to simple sequences of chords. For some detail on these distinctions, see the chapter on the Fourth in Anton Bruckner, Eleven Symphonies. The coda of the first movement, beginning decisively in the home key instead of gradually as in later versions, is a model of the building of excitement through gradated climaxes reminiscent of Wagner, yet it possesses a deeply classical symmetry. The theme of humanity in nature is also carried out in the andante, a procession of pilgrims, and in the scherzo with the sound of the alphorn among the mountains and the rumble of distant thunder. The rain finally appears at the beginning of the finale, much as it does in the Pastoral Symphony of Beethoven and the William Tell Overture of Rossini. The second and third theme groups of the finale bring even groups of five eighths and five quarters, which eventually dominate the giant two-wave coda where the grand unison theme of the finale and the first-movement motto sound out together in one thrilling outburst after another.

A recording of the concert performance Crawford Howie and I gave of this arrangement at Oxford is about to be released commercially in Japan.